Getting Started in A Song of Ice and Fire: House Lannister – with GenCon Champion Brett Lanpher

The War of the Five Kings has started and you, as a general, must choose one house to align with! Why should you choose house Lannister over the other factions available to you in A Song of Ice and Fire the Miniatures Game?

In this series of articles, I am going to explain to you just why the Lannister’s are an excellent choice for any general. We will go into more advanced builds and tactics available to you, but let’s start with the basics first!

In the Starks vs Lannisters Starter Set, you will find everything you need to start making your opponents kneel to the power of the lion. The Lannister’s have many playstyles at their disposal. In the starter set, you won’t find the components necessary to build an army of brute force so we will have to rely on some trickery and deception for now. Let’s get into and see what you’re working with!

These are your core Lannister troops. Their attack profile may seem underwhelming at 6,5,3 hitting on a 4+, but don’t sleep on their inherent ability: Lannister Supremacy. This is an ability and not an order which means it can be triggered over and over again. Lannister supremacy is triggered by this unit passing a panic check from an attack (ranged or melee). With a base morale of 7, it’s about a 50/50 shot without modifiers. If you do pass, the attacker must immediately make a panic check at -2 to their roll. This ability is going to most often be your best source of damage. We will get into attachments, non-combat units (NCU’s), and cards that stack well with this later, but for now let’s just say that this ability is generally going to give your opponent fits. The real strength of this unit is the amazing 3+ defense save. They are a proper anvil unit capable of soaking up charges and living to fight another round. They are generally included in competitive and friendly lists because of their versatility and survivability. They are a great commander bunker and they can anchor the line for your other troops. However, their movement speed of 4 makes them a little slower than the rest of the army, so don’t leave them behind to get Isolated and overwhelmed.

You will see immediately that the attack dice of the Lannister Halberdiers do not decrease until the last rank (7,7,3 hitting on 4+) and they come with sundering. Their armor save of 4+ isn’t amazing but it is definitely capable of blocking a fair amount of hits. Like the Lannister guardsmen, they have a moral of 7+. Base stats aside, the order is where this unit really shines. When they are unengaged and charged from the front, Lannister Halberdiers get to make a free melee attack before the enemy gets to attack. So with their attack profile and sundering, it is very likely they will put some wounds on the attacker and force them to take panic before they even get to attack. This will often mean the enemy is attacking with one less rank. Since the order gives a FREE attack action, you might get to activate and attack again after taking the charge. These guys also make a great bunker for a commander and their flanks should be protected by those guardsmen. Their movement is 5 so try to keep your lines together as much as you can. You generally do not want this unit running out alone looking for fights.

Here we have a proper hammer unit for the Lannister forces available in the Stark vs. Lannisters Starter Set. With attack dice of 8,6,4 hitting on 3+ plus critical blow and vicious, this unit can bring the pain. Vicious is an ability that stacks incredibly well in a Lannister army and against high armor troops you might end up doing more damage with the panic check than the actual attack. They also have an armor value of 4+, a morale stat of 7+, and movement of 5. These guys are offensive but don’t expect them to always win on their own. You should always look to keep your units in a position to support one another and these guys are no exception but they will tear through units with low armor and average to below-average morale.

This guy doesn’t seem so great at first glance, but he is just AWESOME. Having a card hand start at 4 and draw up to 4 is amazing on its own. Being able to look at two cards and discard one of your choice is HUGE. Cards are a significant part of the game and this is double-edged. You now know one card they will have in hand and can prepare for that and you also get to discard their better card. He is great.

Cersei is one of the more feared NCU’s in the game. Giving a unit -2 to all morale tests for the entire round can end up being a death sentence. She stacks that modifier with vicious and any other negative modifier (flank, rear, horrific, etc). It isn’t uncommon with Cersei to force panics at -6 or more. She also contributes to units failing morale checks for other reasons (more on that later). Ideally, she would influence a unit you plan to force multiple panic checks on. She also loves the crown zone on the board and it’s almost its own “free attack”.

Jaime has been updated so be sure you are aware of his second order. Jaime now gives counterattack to his unit, but he also gives a friendly unit within 6” +1 to defensive saves for an attack. This is an amazing ability and can add to the survivability of any unit. The above-mentioned halberdiers come to mind. His cards are more defensive than anything and he makes opponents pay a steep price for attacking and missing.

Gregor is the most offensive of all Lannister commanders. He causes charges enemies to become panicked and also does d3 auto wounds with every attack. Almost every time he attacks the enemy will be forced to make a panic check. He seems to be right at home in halberdiers as far as the starter kit goes. He gives them a great reason to charge and if they take a charge; the attacker is most likely taking 2d3 wounds from the order and the follow-up attack. His cards are incredibly aggressive and “orders to destroy” can be a free charge action! You will want mountains men included with him as they are the only “House Clegane” unit available without adding him to a unit. Gregor is loads of fun to play and he has versatility as you expand your collection.

His attachment is also very useful. He is also most welcome in halberds because they will never have less than 7 attack dice and will have 9 at full ranks, but he can add a punch wherever he goes. Consider putting him in a unit of Mountain’s Men if Gregor Clegane is your commander. With the right cards, the unit can have up 12 attack dice. Additionally, Jaime’s versatility will also increase with your collection.

If used properly, Gregor Clegane – Tywin’s Mad Dog, is one of the best attachments in the Stark vs. Lannister Starter set, if not the game. Placing him with Mountain’s Men will turn them into an offensive powerhouse. His charge ability can be used for your advantage, but be careful not to get drawn into a charge that will put his unit in a bad position. Pay close attention to where he is in correlation to your enemy and try to mitigate the exploitation of his uncontrolled rage.

The Lannister Guard Captain’s order At Any Cost is a great way to help keep your units alive. As we have seen, morale is not a strength of the Lannister faction. Sacrificing one model to save many is going to be something that is always useful. The most important part of this attachment is the verbiage. They PASS the morale check when they use the order and thus trigger Lannister supremacy for the guardsmen. It is a solid and cheap insurance policy.

The Assault Veteran’s order  Hold the Line is welcome in any unit. It even turns the vanilla guard into a solid hitter. The trick to this attachment is charging late-round so you can activate (or claim the combat zone) and use the order while still a high number of ranks to put a dent in whatever you are fighting. In the case of guardsmen, it can make your opponent think twice about charging into them before they have activated since guard can certainly take a punch.

Once you have the starter kit and begin to expand your collection; I would make the next investment Lannister Heroes 1 and Knights of Casterly rock.

You will add some new commanders to spice things up and a couple of NCU’s as well. The Knights will give you a solid mobile hammer as well who can also bring Lannister supremacy to the party.

Be sure to watch out for the next article featuring more tactics and list building combinations. Until then, let your opponents hear you roar! 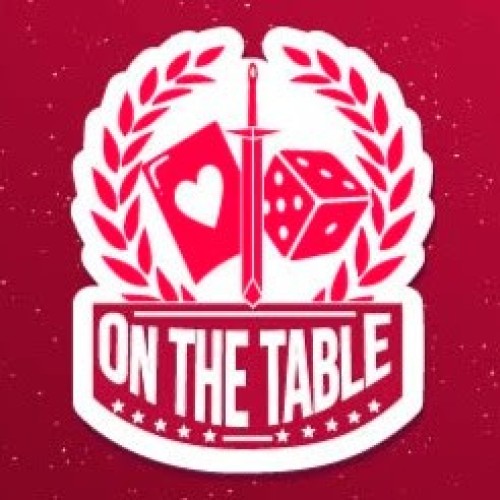 Ep 133: An introduction to Rivenstone with Will Hungerford, will this be YOUR next wargame?

Episode 120: The Marvel(ous) Zombie Apocalypse is almost upon us!